Registration for Lumis 2019 is now open!

Register by Saturday, April 20th to participate in the Spring cohort.


We believe change can happen when people take collective action. Organizers, freedom fighters and change makers often play a role of helping spark and nurture this critical work. All of us have a role to play in that. We’ve heard from many of you about a need for more training and support towards that end.

We’re excited to announce the launch of our Luminarios Program for its second year: an online training program for Mijente members new to organizing and interested in learning how to build collective power. 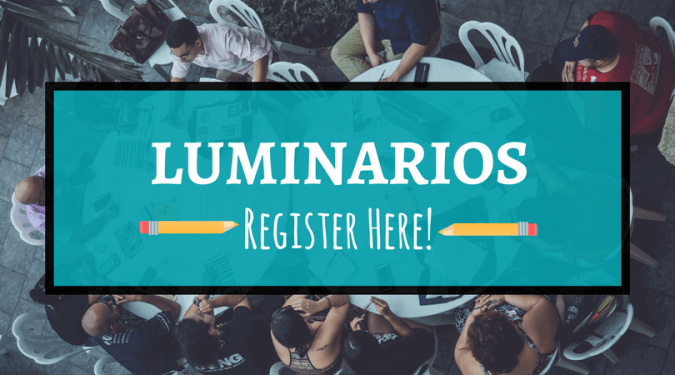 Spring Cohort begins May 4th and ends on June 15th:

June 8th, 2019 (Week 4): Within, Without, Against the State: Strategies for Building Power

We have some amazing organizers, leaders and movement-builders presenting the different modules of the Lumis program. You can check out some of their bios below. We’ll update new bios as we confirm more guest speakers. 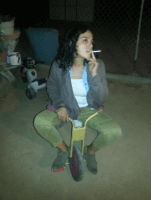 Marisa Franco is a Phoenix-based organizer, writer and strategist. She is the Director and co-founder of Mijente, a digital and grassroots organizing hub for Latinx and Chicanx people. In her over 10 years of work as an organizer and movement builder, Marisa has helped lead key grassroots organizing campaigns rooted in low-income and communities of color, characterized by their innovation and effectiveness. Most recently she led the #Not1More Deportation campaign, recognized in 2014 by the National Organizing Institute as Campaign of the Year and co-authored How We Make Change is Changing, which describes Not1More’s campaign strategy and structure that activated hundreds of organizations across sectors and communities to demand a stop to deportations. As Campaign Director at the National Day Laborer Organizing Network (NDLON), Marisa helped spearhead the fight against Arizona’s SB1070 and build resistance to copycat laws in the Southeastern region in the United States. In 2012, she organized the ‘No Papers No Fear’ bus tour throughout the South en route to the Democratic National Convention (often referred to as the ‘Undocubus’).

Prior to her work in the immigrant rights movement, Marisa helped form the National Domestic Workers Alliance (NDWA) and was a Lead Organizer at the Right to the City Alliance in New York. For five years, Marisa organized at People Organized to Win Employment Rights (POWER) in San Francisco, where she co-authored the book Towards Land, Work and Power. Franco was recently recognized by The Advocate’s 40 under 40 of 2016. She is a trusted collaborator with grassroots leaders across the country spanning across the immigrant rights, civil rights, women’s, LGBTQ and labor movements. In what remains of her spare time, Marisa enjoys cooking, DIY projects, a good game of pool, and old fashioned debate. Follow Marisa on Twitter @marisa_franco 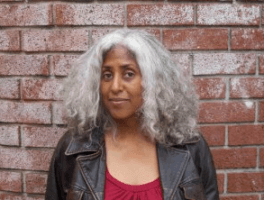 Makani Themba is Chief Strategist at Higher Ground Change Strategies based in Jackson, Mississippi. A social justice innovator and pioneer in the field of change communications and narrative strategy, she has spent more than 20 years supporting organizations, coalitions and philanthropic institutions in developing high impact change initiatives. Higher Ground Change Strategies is her newest project, which she describes as “a place where change makers can get the support they need to take their work to the next level.” Higher Ground helps partners integrate authentic engagement, systems analysis, change communications and more for powerful, vision-based change.

Veronica Castro is a Latinx organizer from Chicago. She is passionate about intersectional organizing and training that applies a gender, class and racial lens. Vero’s organizing and training experience comes from deep grassroots organizing and electoral work in the immigrant rights movement and as a national cross-movement trainer. She is currently part of Mijente’s National Leadership Circle and the co-coordinator for the Mijente Chicago Political Circle.

Vero has worked on partisan campaigns ranging from local school councils to a U.S. Senate seat and held the position of District Director for Cook County Commissioner, Jesus “Chuy” Garcia.  In 2018, she served as the Campaign Director for Gente4Abrams, a statewide voter mobilization effort to build Latinx political power and get Stacey Abrams elected as Governor of Georgia. Vero’s favorite skill shares include organizing and electoral training, direct action strategy and tactics, and teaching people directly impacted by issues to use their stories as a tool for change. You can typically find her hanging out with her large Mexican family and Chewy, her yorkie. Twitter: @VeroCastro

Nikki Marín Baena is Director of Finance and Economic Development at Mijente. She has about ten years of experience working in co-ops, helping people start co-ops, and sometimes talking people out of trying to start them. She comes from an immigrant Colombian family, was born in Paterson, New Jersey, and has called North Carolina home for half her life. She has worked behind-the-scenes of immigrant and labor organizing campaigns since the mid 2000s when she studied documentary photography at UNC Chapel Hill. She gets super excited about a good hustle or a sneaky loophole, and she can’t wait to nerd out with more people about community economic self-defense strategies. 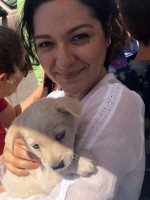 Priscilla González joined the Mijente staff as Campaigns Director in 2018. Born and raised in New York City, she has been an organizer for nearly two decades. From working to pass the nation’s first Domestic Workers’ Bill of Rights to helping to drive the largest unprecedented campaign+coalition for police accountability in NYC, Priscilla has witnessed time and again how grassroots-led organizing always gets the goods when you’ve got a bold vision, clear and coordinated strategies, and meaningful opportunities for everyday folks to put their “granito de arena” (do their part) to make change happen. When she’s not in the field, she’s doing Pilates, listening to bachata, and working on her long-distance relationship with her Australian cattle dog, Romeo, who lives in West Texas. 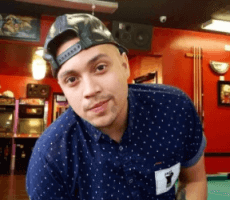 Salem Acuña is a queer, immigrant organizer originally from Santiago, Chile. He is currently part of the Mijente staff team and lives in Washington, D.C. Prior to being at Mijente, Salem was a regional organizer withSoutherners On New Ground (SONG)–an LGBTQ political home and liberation organization working for racial and economic justice in the U.S. south. Over the last 7 years, Salem has been an organizer for immigrant rights, language justice, anti-violence, LGBTQ struggles and racial justice. He is an avid lover of music, dancing and books.